Honorary Trustees
Board Of Directors 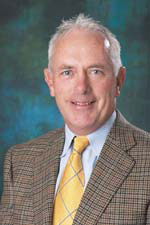 Jeff Byrnes is a life-long Long Islander who was born at Good Samaritan Hospital in West Islip, grew up in Hauppauge and has been a resident of East Rockaway since 1992. Jeff graduated from St. John’s University in 1983 with a Bachelor of Science in Communications and is currently a Senior Network Service Manager within Sprint’s Customer Management organization. 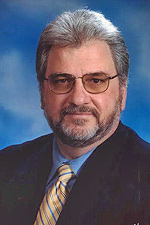 Prior to the Reckson/SL Green merger, Mr. Conniff served as Corporate Senior Vice President of Investments. From the time of Reckson’s IPO in 1995 until the Reckson/SL Green merger, Mr. Conniff was responsible for the execution of all investment activities at Reckson including acquisitions, dispositions, joint ventures and mezzanine lending, contributing to Reckson’s dynamic growth throughout the New York Metropolitan area. During that time, Reckson’s portfolio grew from 6.2 million square feet of office and industrial properties to over 24 million square feet at its peak.

In his capacity as Chief Operating Officer, Mr. Conniff is responsible for the oversight of all activities related to RXR’s 23.4 million square foot commercial portfolio, encompassing 73 buildings throughout the New York Metropolitan area, including leasing, property management, partner relations and financial reporting.

Prior to joining Reckson in 1994, Mr. Conniff was employed by Cushman & Wakefield (“C&W”) as a Senior Asset Manager responsible for all activities related to C&W’s four million square foot Long Island office portfolio. Prior to C&W, Mr. Conniff was employed by VMS Realty Partners (“VMS”) as an Asset Manager with responsibility for all leasing, management, financing, refinancing and disposition activities related to VMS’s Northeast office portfolio encompassing six million square feet from NYC to Washington, D.C.

Mr. Conniff is an active member of the community outside of RXR. He serves as Vice Chairman of the Board of the Tomorrow’s Hope Foundation, supporting Catholic education in the Diocese of Rockville Centre and on the Advisory Committee of Kellenberg Memorial High School.

Michael is an accomplished executive and client-focused business leader with more than 25 years of industry experience. Before joining Crystal & Company, he was President of Employee Benefits for USI Insurance Services; A Goldman Sachs investment. In this role, he was accountable for all facets of insurance brokerage operations, including sales and client retention programs.

Prior to that, he was Senior Vice President of Commercial Sales and Account Management for United Healthcare and MetraHealth, the combined medical entity of MetLife and Travelers. Under his leadership, his team served the full spectrum of clients—from two to 10,000 employees, including many Fortune 500 and multi-site companies.

Michael earned his undergraduate degree from Boston College's Carroll School of Management and his master’s degree in Business Administration from Fordham University. Among the many honors and distinctions he has received, he has been named one of the top business leaders living on Long Island by Long Island Business News.

Michael has been a supporter and board member of various religious organizations, including St. Ignatius Retreat House, Sisters of Charity Halifax, Dominican Village, the Seminary of the Immaculate Conception and the American Juvenile Diabetes Association.

Bernadette Kasnicki concentrates on tax and corporate law at Rivkin Radler, LLP. She advises business clients on a range of tax matters relating to corporations, LLCs, partnerships, public charities and private foundations. She drafts and negotiates transactional documents, including acquisition agreements, merger agreements, operating agreements and shareholders’ agreements. Bernadette also represents not-for-profit and tax-exempt organizations. She has extensive experience petitioning the Attorney General’s Office and providing counsel to exempt organizations on IRS compliance issues. Bernadette has been published in The Tax Lawyer. In addition, she was recognized in Best Lawyers Ones to Watch in Tax for 2021.

Ms. Kasnicki is the Vice President of the Board for the Child Care Council of Nassau, and a member of the Pastoral Council at St. Anne’s Parish in Garden City. She is a former associate board member of the Family & Children’s Association.

Ms. Kasnicki earned her LL.M. in Taxation from New York University School of Law; her J.D. from Georgetown University Law Center, where she served on the Executive Board of The Tax Lawyer; and her B.A. in English from Davidson College. She resides in Garden City, New York with her husband and children.